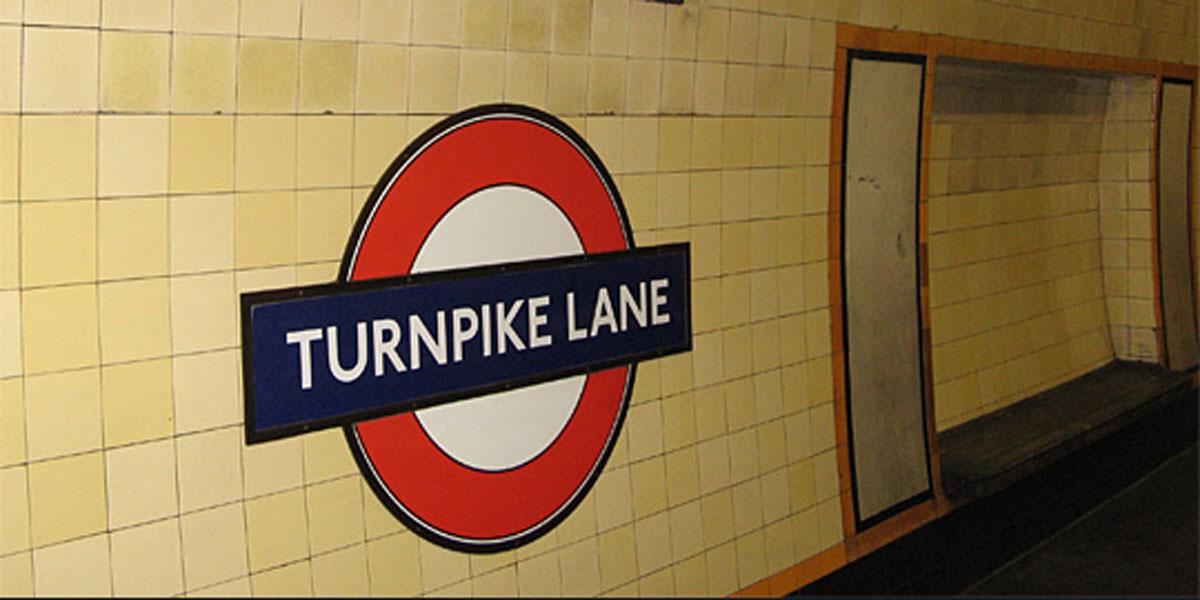 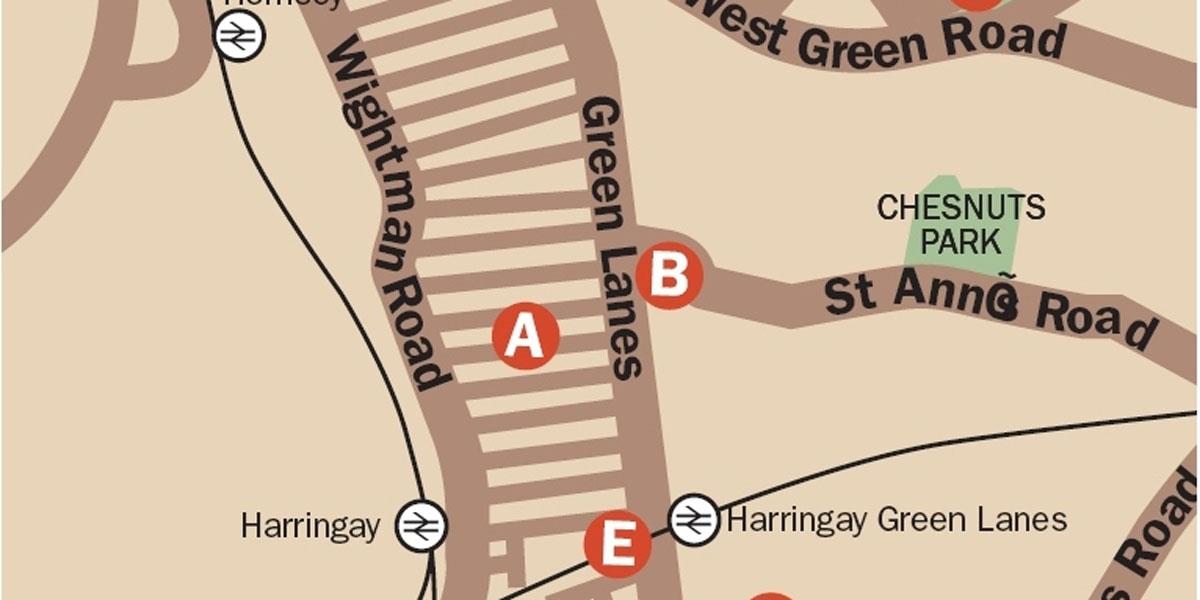 Turnpike Lane is located at the southern tip of Wood Green in the London Borough of Harringay and takes its identity from the road that runs west towards Hornsey. Turnpike Lane branches westwards form the point where Wood Green High Road meets Harringay’s Green Lanes and was formerly called Tottenham Lane, as it still is further to the southwest.

Turnpike Lane is characterised by independent retailers with flats above the shops. It is also a local transport hub with Turnpike Lane tube station and Turnpike Lane bus station both situated near the eastern end of the street.

The art deco Turnpike Parade was built beside the station entrance, with a cinema that survived until the enlargement of the neighbouring bus station in 1999.

A small park named Ducketts Common is situated at the eastern end of the road opposite the underground and bus stations.

Turnpike lane is a busy cosmopolitan street lined with shops, hairdressers and restaurants serving the diverse local community as well as being an important traffic thoroughfare. The name Turnpike Lane is also used to refer more generally to the area at the southern end of Wood Green High Street and its surroundings.